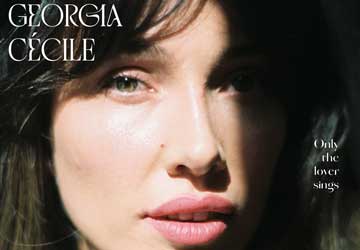 This is your treat for the festival opening night on Friday 29th April at The Grand.

Extract from the Herald

"There’s a breath of fresh wind on the jazz scene – and her name is Georgia Cécile. If you heard her voice on the radio, you might think you were listening to an older singer, maybe an African-American who has been round the block a few times. Yet the mighty, soulful American-sounding vocals actually emanate from a petite 29-year-old Glaswegian.

Over the last 18 months, Georgia Cécile has enjoyed a whirlwind of success. She has performed at jazz festivals up and down the country, released a single (Come Summertime) and was singled out as one to watch by Steve Rubie, the owner of the celebrated 606 Club in Chelsea where she played last July. In the last three months, her increasingly busy itinerary has included gigs in Arbroath, Aberdeen and – er – Oman, where she was invited to play a 30-minute set for royalty."